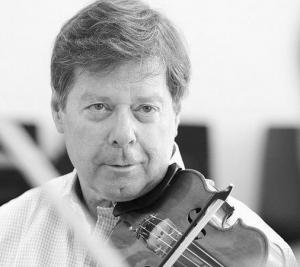 Yair Kless is the RNCM’s International Chair in Violin and one of the most prominent and respected teachers in the world today.

Born in Israel, he began playing the violin at an early age and studied with Israel Amidan at the Tel Aviv Music Academy, before moving to Brussels to study with Professor Andre Gertler at the Royal Conservatory, and La Chapelle Musicale Reine Elisabeth, graduating with the highest distinction in both instrumental and chamber music. He is still active as a soloist and chamber music player, and his vast repertoire includes music from all periods including premières of works, some of which were written for or dedicated to him.

Yair was one of the founding members of the Sol-La-Re string quartet whose recordings included major works by Israeli composers. He was also a member of the Israeli Baroque Ensemble, which toured extensively around the world, including the prestigious Salzburg Festival. Other ensembles and groups include the Tel-Aviv Piano Quartet, New Art Trio, and the Modus Trio. He also enjoys collaborating with his son, Eyal, in duo violin repertoire.

Yair has performed the majority of the sonata repertoire, collaborating with outstanding musical partners such as Nadia Reisenberg, Pnina Salzman, Shoshana Rudiakov, Arie Vardi, Victor Derevianko and, amongst others, Frank Wibout.

He is a professor at the Buchmann-Mehta School of Music, Tel Aviv, and also holds a professorial post in Kunstuniversität Graz. Many of his students enjoy successful solo and chamber music careers, win prizes in competitions, and hold key positions in the musical world including concertmaster seats in famous orchestras and teaching positions at prestigious academies. Each year Yair participates in many prestigious festivals, such as Salzburg Summer Academy, Austria, and Bowdoin, USA, and has conducted masterclasses throughout Europe, Russia, the Far East, Australia, and South America. He is regularly invited to adjudicate at international competitions.