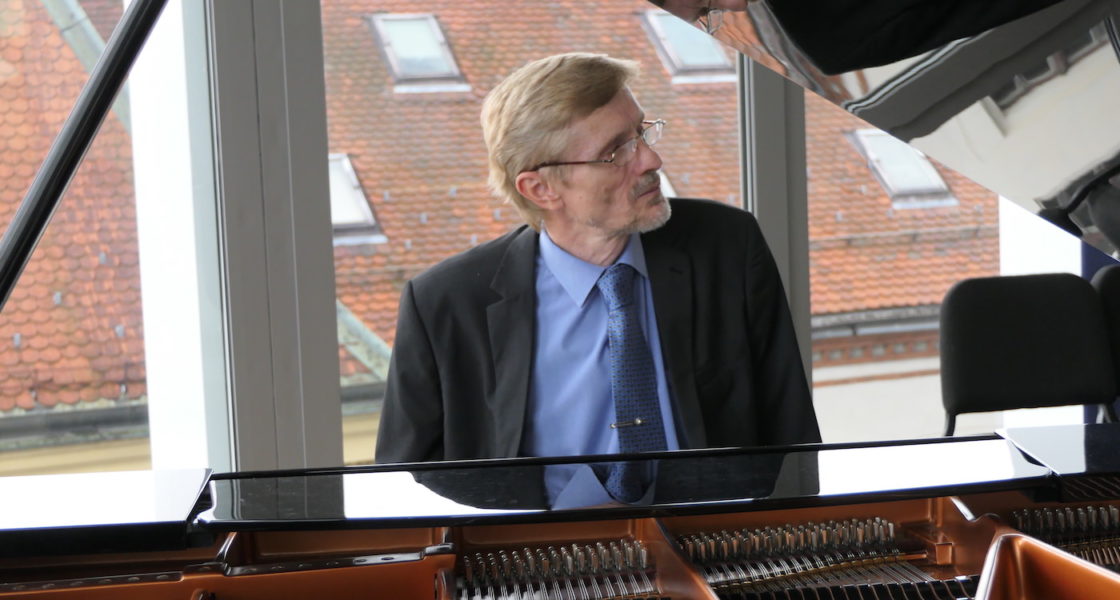 Đuro Tikvica was born in Dubrovnik, Croatia in1963. In Zagreb, Croatia, at the Josip Slavenski School of Music, he obtained the elementary education in music before he went to Moscow for schooling in 1978.

Between 1978 and 1982, Mr. Tikvica attended the school of music at the Tchaikovsky Conservatory, Moscow, Russia, where he studied with distinguished teacher Boris Romanov. His first successes as a concert performer were in this period, including performances in both the Small and the Great Hall of the Moscow Conservatory, and his first solo concert in his native country,  in the Croatian Music Institute in 1981. Mr. Tikvica also recorded his first dicography release for Melodija, as one of the soloists in the Concerto for Two Pianos and Orchestra by J.S. Bach.

Between 1982 and 1987, Đuro Tikvica studied at the Tchaikovsky Conservatory  with the world renowned pianist Tatiana Nikolaieva. His concert activities expanded in this period and he started collaborating with two institutions wich have been very significant for his artistic profinding: Dubrovnik Simphony Orchestra (1984) and Dubrovnik Summer Festival (1984). It should also be noted that, at the time he performed regularly in the Croatian Music Institute in Zagreb, in joined concerts of young pianists in the Vatroskav Lisinski Concert Hall, as well as all around the former south slavic state. He also frequently had well recived appearances in student concerts in Moscow, both as a soloist and as a chamber musicians in the he halls of the Conservatory (Small and Great Hall, Rachmaninov Hall), in Tchaikovsky Museum in Klin, and a number of other concert venues. His graduation concerts(as a chamber musician, accompaniment and soloist) in 1987 marked the end of his student days at the Conservatory from which he graduated among the top of the class of the 118th generation of Conservatory students.

After returning to his native country, Mr. Tikvica recorded an LP with cellist Asja Valčić. He performed as a soloist and as a chamber musician. His soloist career was marked with greater collaboration with Dubrovnik Simphony Orchestra and Orchestra’s conductors Igor Gjadrov, Fimcho Muratovski, Anton Nanut, Ivo Lipanović, Ivo Dražinić and other conductors, as well as with other orcestras (Uralska Philharmonic, conductor Dmitri Liss). He also continued working with the Dubrovnik Summer Festival. In 1995, the Festival awarded him the Orlando award for the best concert performance. Mr. Tikvica performs in Zagreb and in other Croatian cities, as well as abroad (in Slovenia, Macedonia, Italy, Austria, Russia, Spain, Germany, Japan). He recorded CD releases containing the works od Schumman, Tchaikovsky and Rachmaninov. Đuro Tikvica is full professor at the Music Academy in Zagreb, and as a visiting professor has held classes in the Art Academy of Split, Croatia. Numerous Croatian and foreign pianists who have gradueted from his class are now successful teachers and concert artists. During the long years of his teaching career, he has paid a lot of attention to students of the secondary and elementary education age and has therefore collaborated with Ferdo Livadić School of Music in Samobor and Pavao Markovac School of Music in Zagreb. Mr. Tikvica also holds numerous seminars for students and teachers of music schools and academies all over Croatia. Many of his students participate in international competitions with great succes (Rome, Skopje, Novi Sad, Zagreb, Gorizia, Pinerollo, Moncalieri, Moscow).

He is holder of Gloria Artis medal (Ministry of culture, Republic of Poland).